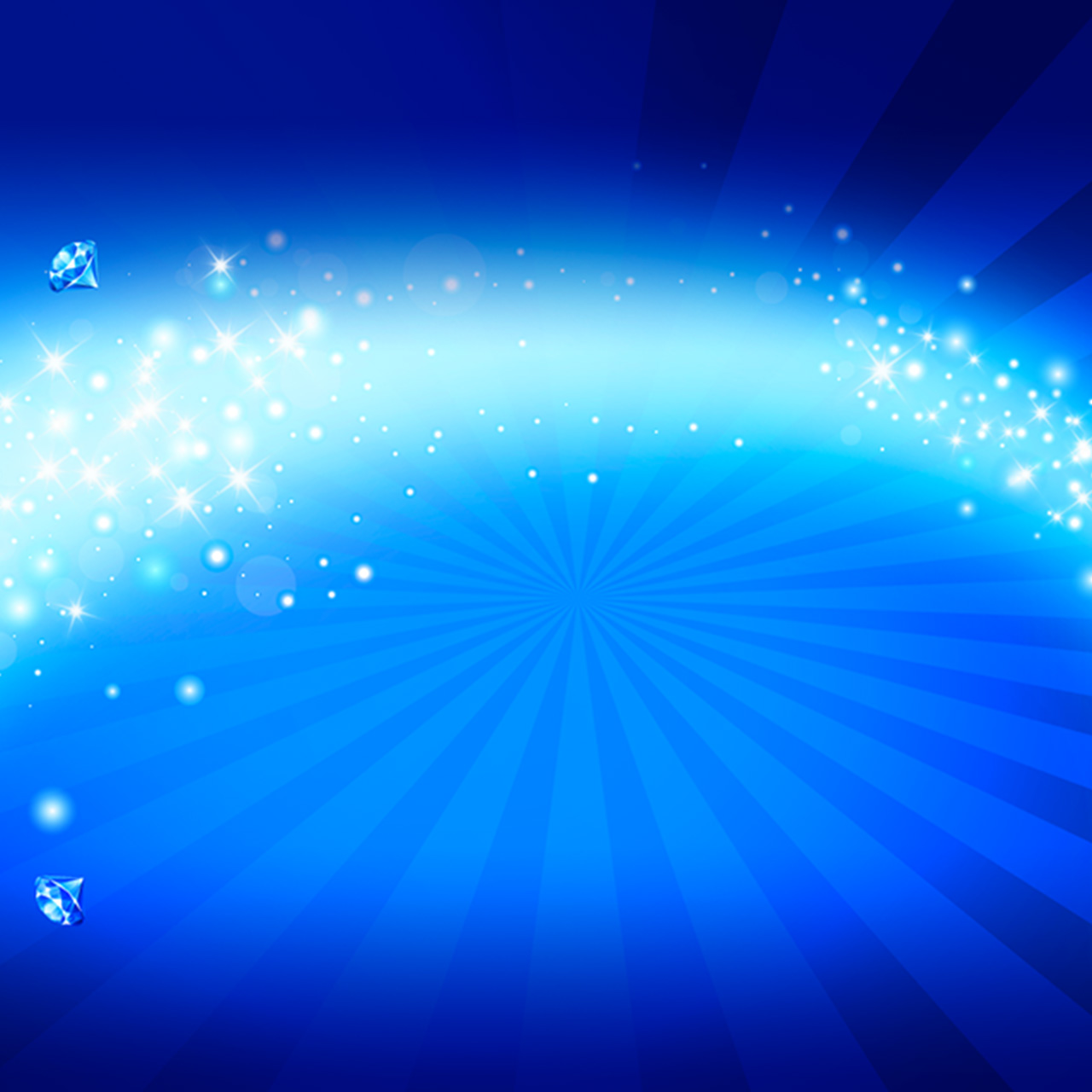 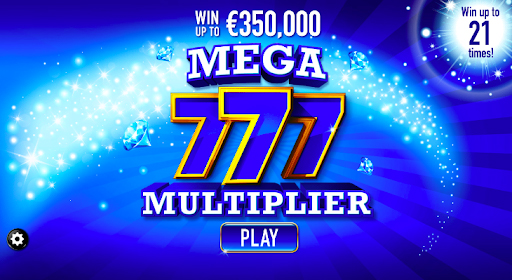 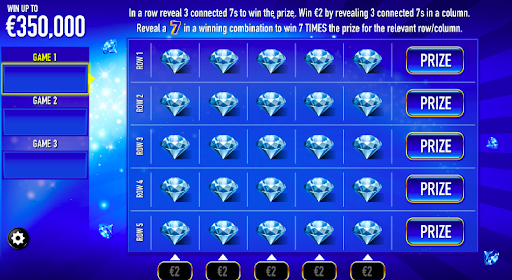 2.In Game 1, there are five individual rows to reveal. For each Row, tap to reveal five play icons and an associated prize amount. 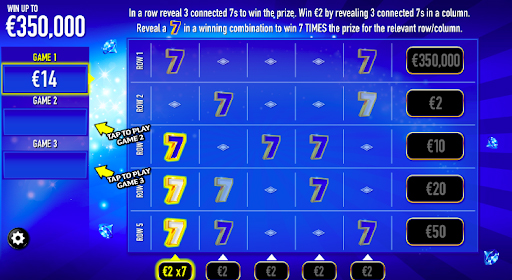 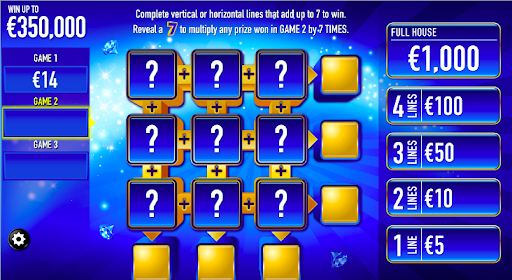 4.In Game 2, there are nine Question Mark panels to reveal. Tap each individual panel to reveal a number between 0 and 7 inclusive. 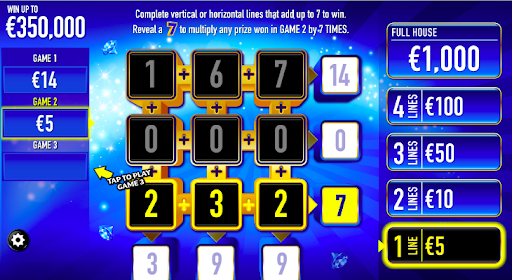 5.Once all three numbers in a line have been revealed, the sum of those numbers will be displayed at the end of that line. Any vertical or horizontal line(s) that add up to a total of 7 pay a prize as defined in the prize table (the more lines completed, the higher the prize). Reveal a special blue 7 to multiply any prize won in Game 2 by 7 TIMES. 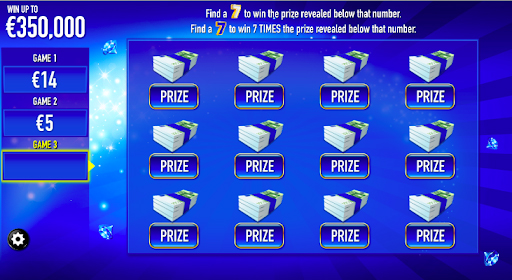 6.In Game 3, there are twelve play symbols to reveal.