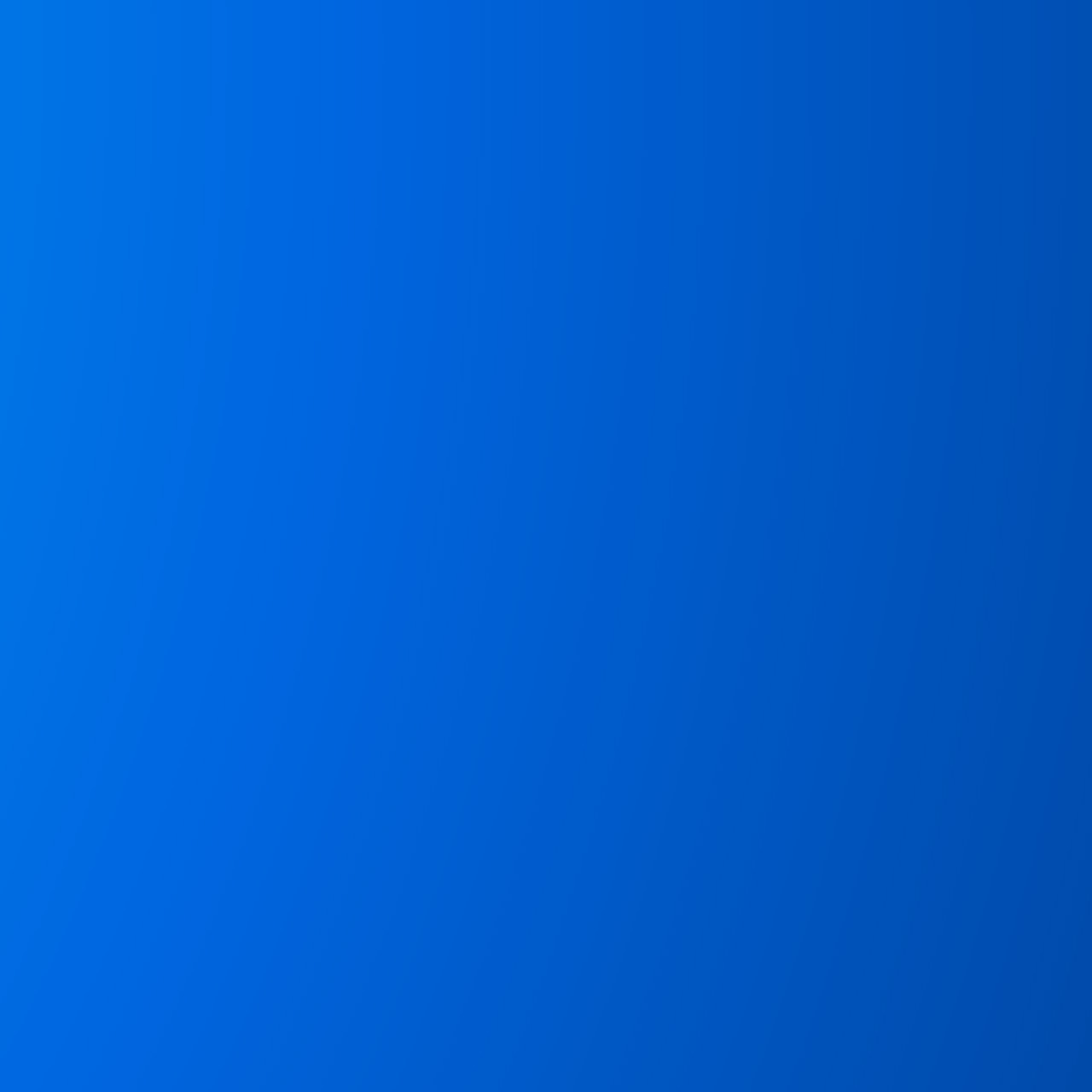 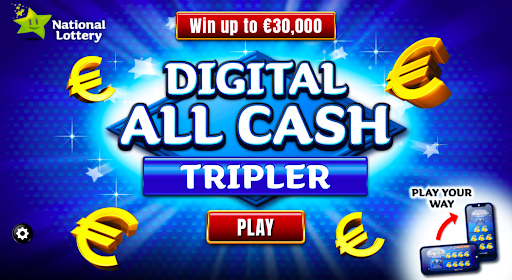 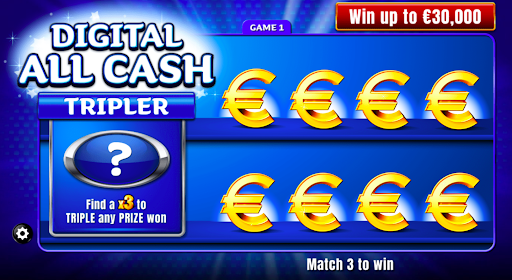 2.In Game 1, there are eight € symbols to tap and uncover. 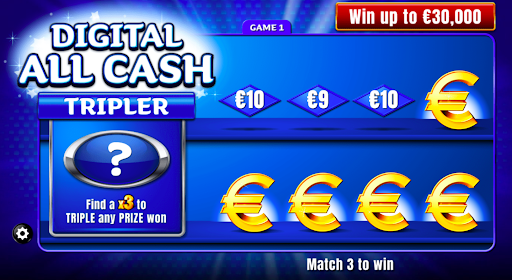 3.Under each € symbol is a prize amount. 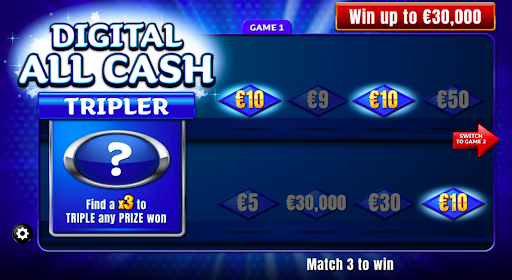 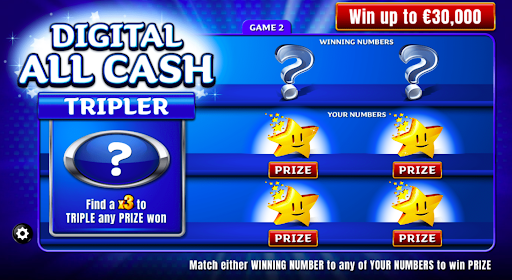 5.In Game 2, tap each of the two question mark symbols to reveal the WINNING NUMBERS. 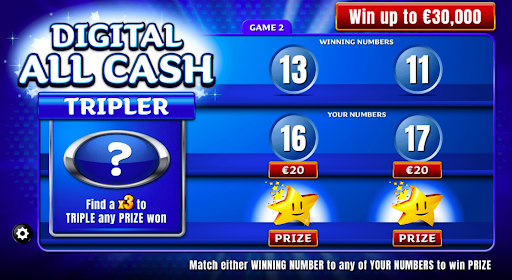 6.Tap each of the four star icon symbols to reveal YOUR NUMBERS. 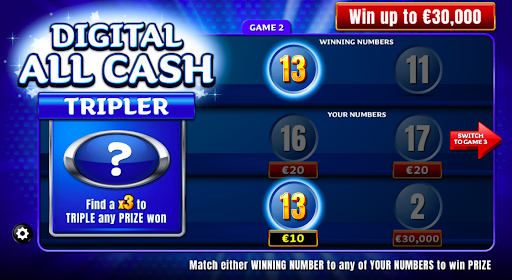 7.If a WINNING NUMBER matches any of YOUR NUMBERS, you win the corresponding amount. 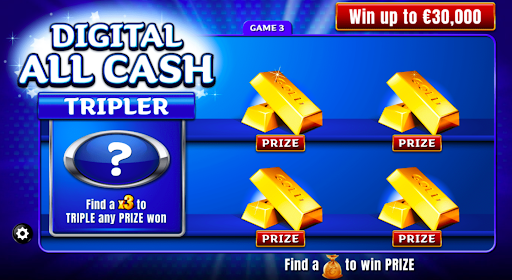 8.In Game 3, there are four gold bar symbols with an associated prize amount to click and uncover. 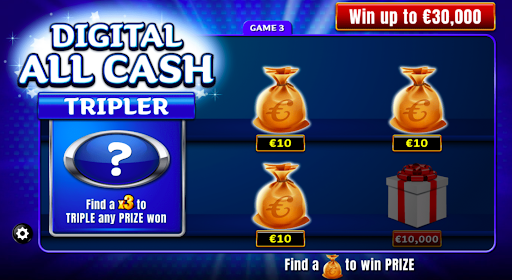 9.If you unveil a Money Bag symbol, you win the associated prize amount. 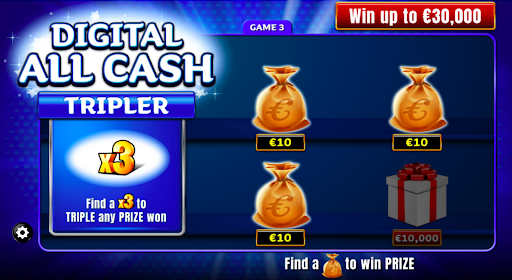