The Dublin dad who is currently renting an apartment with his family in the city centre is already planning his first big purchase – a new home for his family.

He said: “We’re still in a state of shock to be honest. It truly is unbelievable that you could win a prize as big as this on a scratch card. Once a week on my way to work, I usually treat myself to a scratch card. It’s a bit of fun and you hope to win a hundred euro here and there but you never expect to see a symbol for a half a million euro popping up. I was in work at the time and I physically couldn’t speak. I passed the scratch card to one of my colleagues and I told him to call my wife to tell her the news, it was an unbelievable day.” 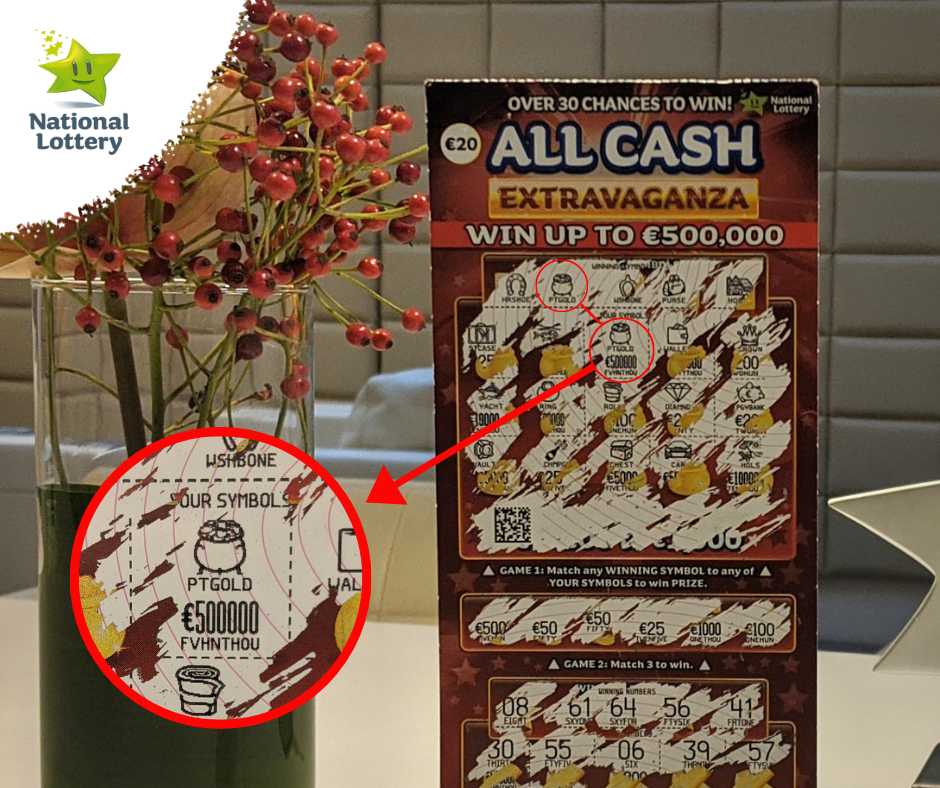 He added: “Like a lot of people in Dublin, we are renting and saving hard to buy a house. It has always been a dream for us to have a home all of our own with a garden big enough for the kids to play in. Over the weekend, we finally allowed ourselves to think that this was real so we’ve started looking at property websites and over the next few weeks we’ll go to some house viewings and plot our next move. It’s just so exciting for us all.”

The National Lottery have also confirmed that there is still one top prize of €500,000 available on the €20 All Cash Extravaganza scratch card.

Almost 30 cent in every euro spent on National Lottery games goes back to Good Causes all over Ireland in the areas of sport, health, arts, culture, heritage, youth, community and the Irish language. Last year alone more than €228 million was raised for Good Causes, the equivalent of €625,000 a day.