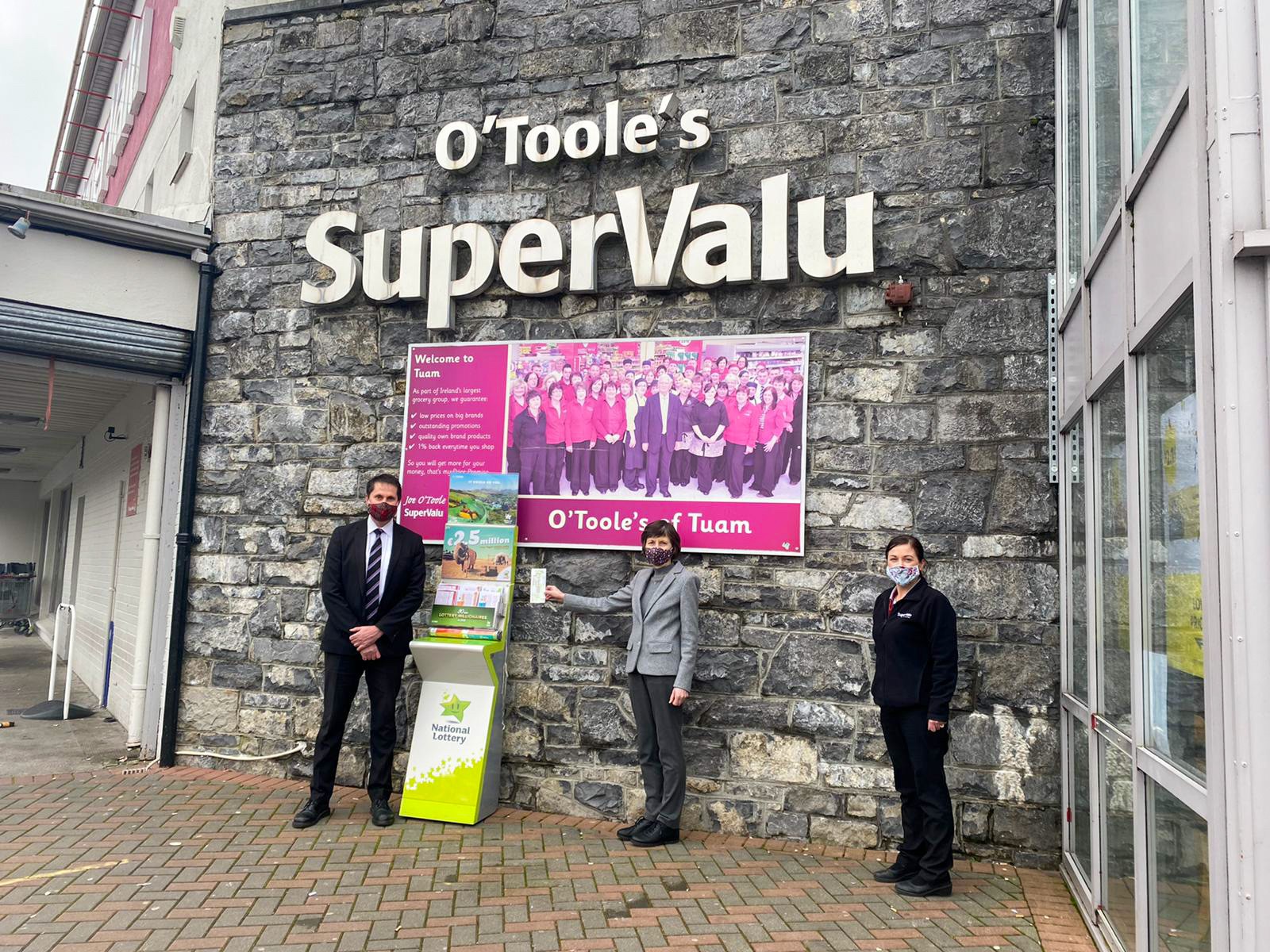 Residents of Tuam, Co. Galway are being urged to check their tickets today after one lucky EuroMillions player won the €500,000 EuroMillions Plus top prize in Friday night’s draw. The winning Quick Pick ticket was sold yesterday (Friday 5th February) in O’Toole’s on Bishop Street in Tuam, Co. Galway.

The winning ticket holder is advised to sign the back of their ticket and to get in touch with the National Lottery claims team on 1800 666 222 or email claims@lottery.ie and arrangements will be made for them to claim their prize.

Mary Lardner, who has worked in O’Toole’s for the past 33 years, was overjoyed to hear that one of the shop’s deserving customers had come into such good fortune overnight. She said: “This is the best news that we’ve had in a long time. Things haven’t been easy for a lot of people during Covid so I really do wish the best of luck to the winner. I really hope that this win is the start of all things good! Our store is one of the largest SuperValu shops in the country – we employ 170 people so this is sure to be the most popular topic of conversation in every household in the town.”

While there were over 91,000 prize winners in Ireland in Friday night’s EuroMillions draw, there was no overall winner of the €130 million jackpot on offer. Next Tuesday’s jackpot (9th February) will now roll to €145 million.

Meanwhile, a Daily Million player in Louth won €10,000 in last night’s 9pm Daily Million draw. The lucky ticket holder matched 5 numbers and the bonus which meant they were just one number short of winning the €1 million jackpot. The winning Quick Pick ticket was sold yesterday (5th February) in the Centra shop in Blackrock, Co. Louth.