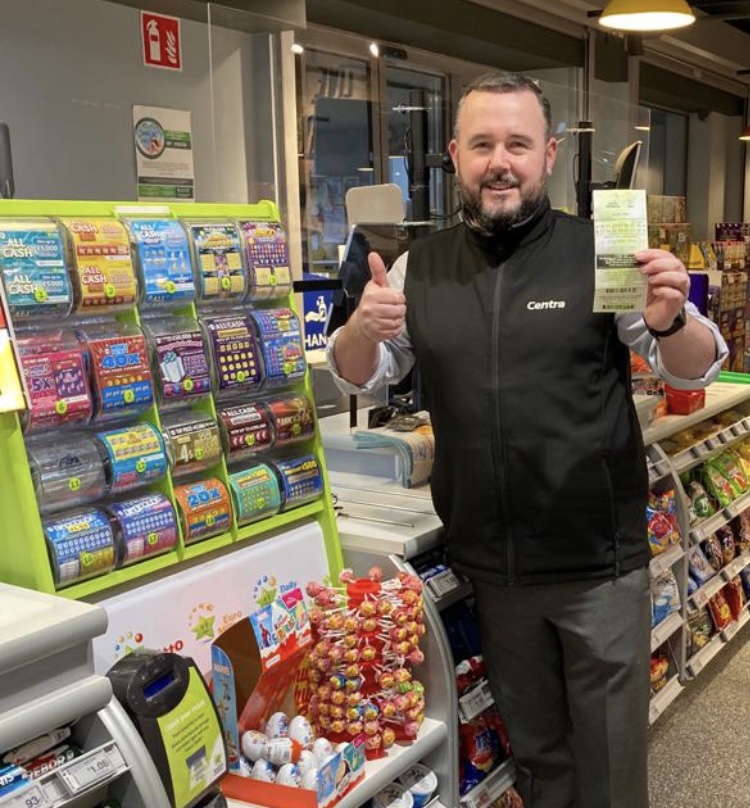 Residents of Watergrasshill, a small village in north east Cork are being urged to check their EuroMillions tickets today after one lucky ticketholder won the €500,000 EuroMillions Plus top prize in Tuesday night’s draw. The winning Quick Pick ticket was sold yesterday (Tuesday 19th January) at Ross’s Centra store in the centre of Watergrasshill village.

The winning ticket holder is advised to sign the back of their ticket and to get in touch with the National Lottery claims team on 1800 666 222 or email claims@lottery.ie and arrangements will be made for them to claim their prize.

Ken Ross has been the owner of the Ross’s Centra store in Watergrasshill for the past 16 years and he said that his first big lottery win was well worth the wait to see one of his ‘deserving’ customers picking up a life-altering €500,000 prize. He said: “This is some way for one of our customers to beat the January blues! It’s a difficult time of year at the best of times anyway so this win will give the entire community a lovely little lift today knowing that one of them is a half million euro richer after Tuesday’s EuroMillions draw. Of course, with the travel restrictions in place, we are seeing mostly locals in the store at the moment but we also have quite a number of frontline workers stopping in as they come and go from work. Whoever is the lucky winner is, we know for sure that they are most deserving of the win, there will be no doubt about that.”

While there were over 46,000 prize winners in Ireland in Tuesday night’s EuroMillions draw, there was no overall winner of the €67 million jackpot on offer. Next Friday’s EuroMillions jackpot (22nd January) is now heading for an estimated €80 million.