Thirty-six groups and organisations from all over Ireland have been announced as regional winners and finalists in the first-ever National Lottery Good Causes Awards. 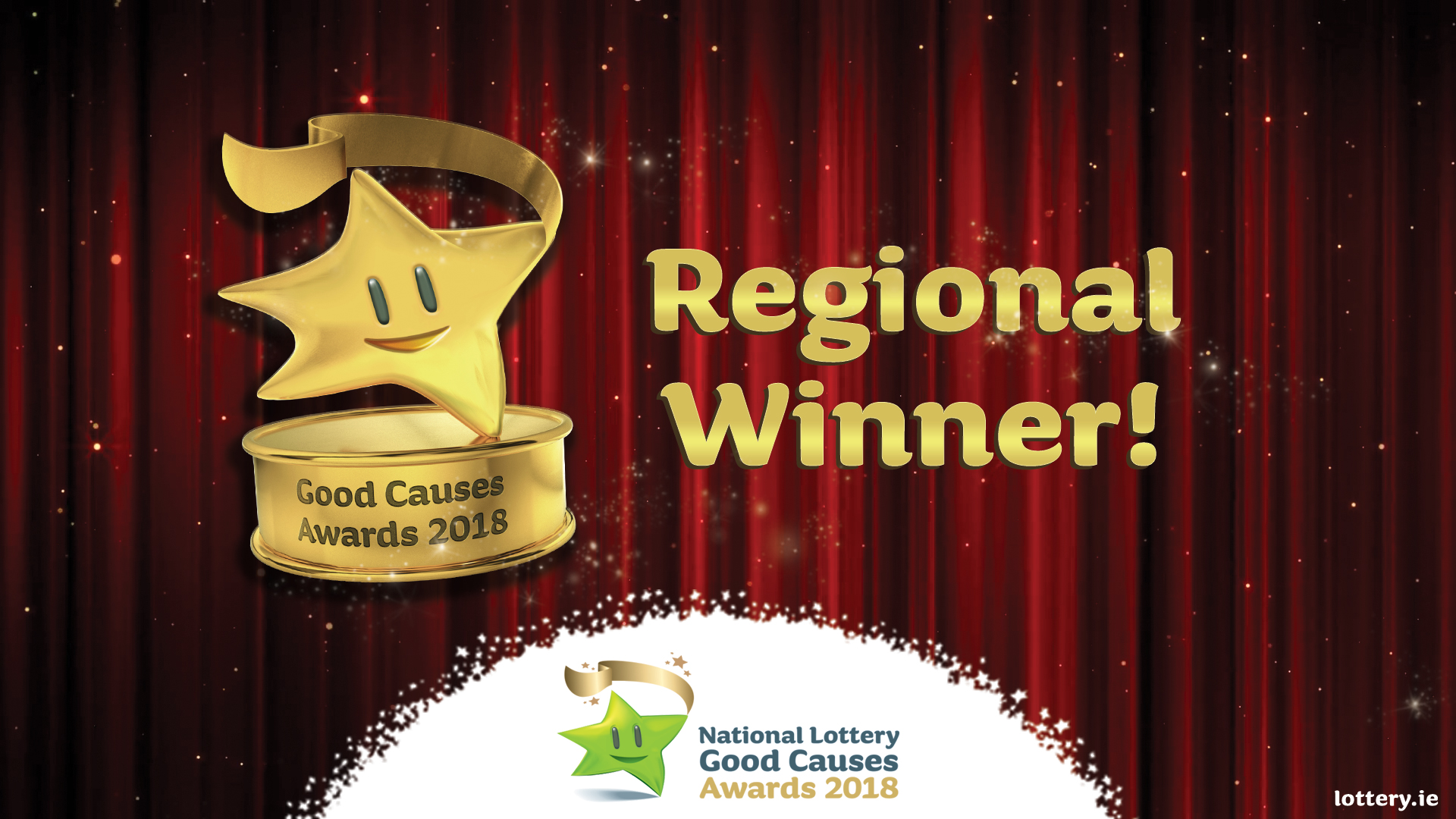 The Awards are aimed at honouring the inspiring work and achievements of thousands of projects, clubs and individuals all over Ireland with the help of Good Causes funding. Nearly 30 cent in every euro spent on National Lottery games goes back to Good Causes.

The 36 winning groups will now proceed to the grand final in six categories – Sport, Health & Wellbeing; Arts & Culture; Heritage; Community and Youth. Each national category winner will receive €10,000 while the overall Good Cause of the Year will get an additional €25,000 on top of this. The winners will be announced at a televised Gala Awards Dinner in Dublin on Saturday, November 3rd.

National Lottery CEO, Dermot Griffin, today congratulated the 36 finalists for reaching this stage of the competition.

He said: “We were overwhelmed at the level of entries we received for our first National Lottery Good Causes Awards. We had over 500 applications from every County in Ireland in all categories. Through these Awards, we want to show how people, organisations, projects and sports clubs are doing extraordinary things in their communities. This is work that often goes unrecognized.”

Chair of the judging panel, businessman and broadcaster Bobby Kerr, said: “I have been blown away by the standard of the entries for these very important awards. As somebody who travels regularly all over Ireland for my work, I am aware of the impact of National Lottery Good Causes funding. It has been an honour to have learned about the inspiring work that is going on around Ireland through the judging process.”

The judging for the National Finals takes place over two days in Athlone on October 8th and 9th. The judging panel will be joined by Lotto host and RTE Weather Presenter, Nuala Carey.

Good Causes benefit from the sale of all National Lottery games

To date the National Lottery has raised over €5.5 billion for good causes. This level of funding has made a significant difference to communities, projects and individuals in the areas of Youth, Sports, Recreation, Amenities, Health, Welfare, Arts, Culture, National Heritage and the Irish Language.