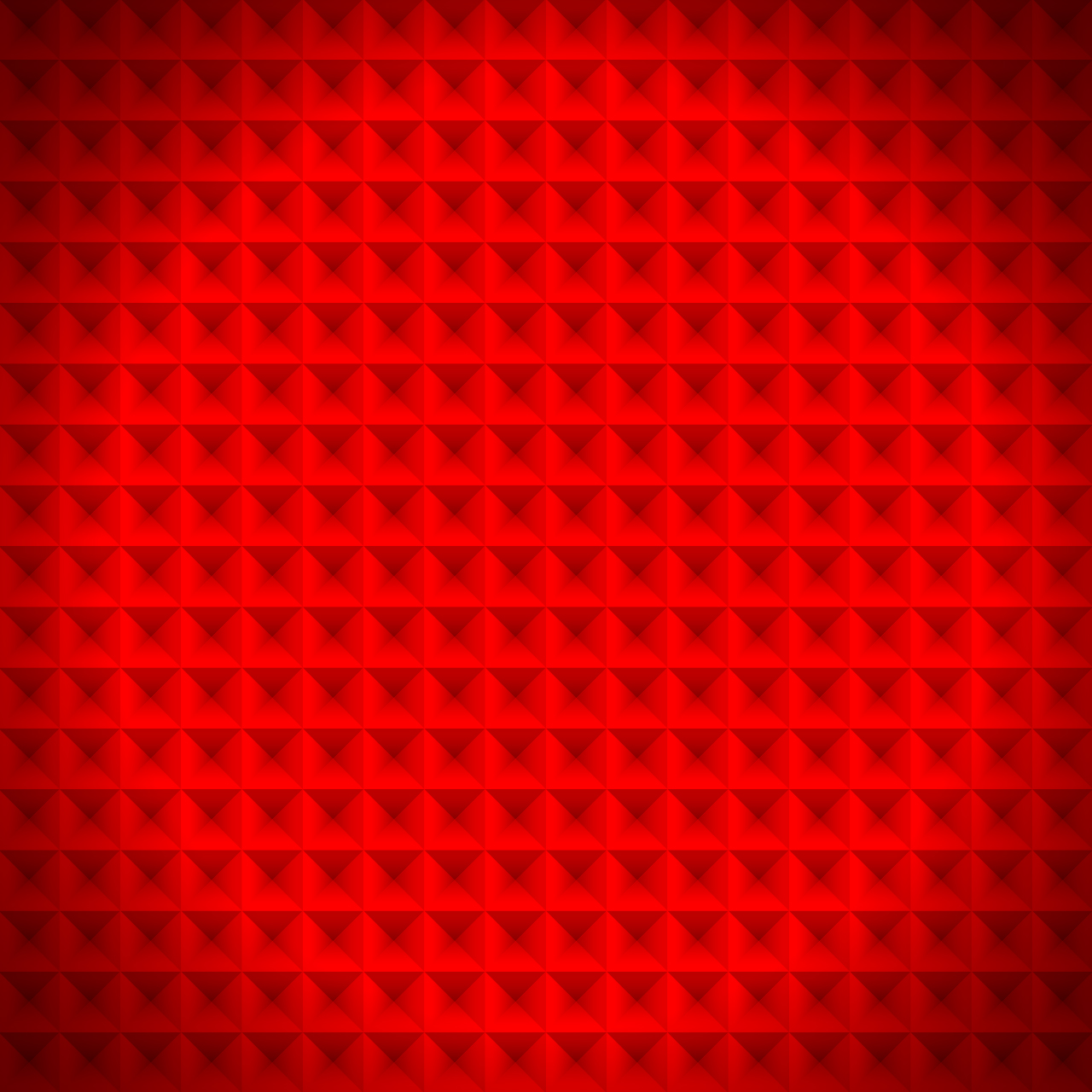 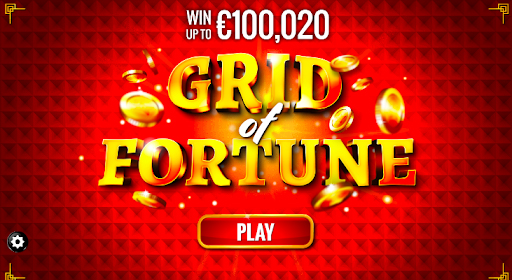 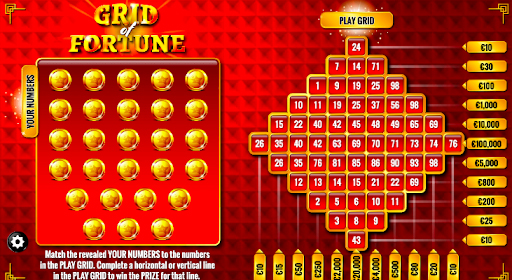 2.Tap each of the 27 Gold Coins to reveal a single number between 1-99 from each icon. 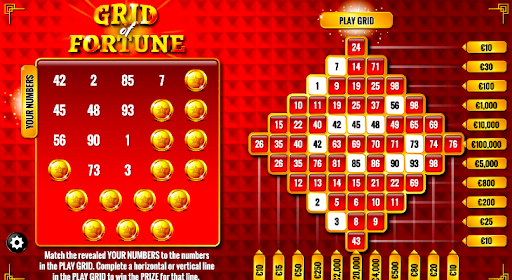 3.Each time a number is revealed, the game will highlight & mark the matched number on the PLAY GRID automatically. 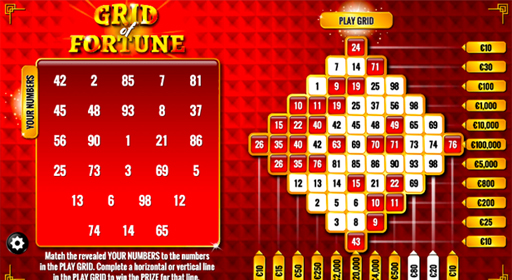 4.Complete a horizontal or vertical line in the ‘PLAY GRID’ to win the PRIZE for that line.